SPORT has featured two headlines on the cover. ‘Uncertain Future’ in reference to Quique Setién’s job as Barça technician and ‘The Griezmann case explodes in Barca. 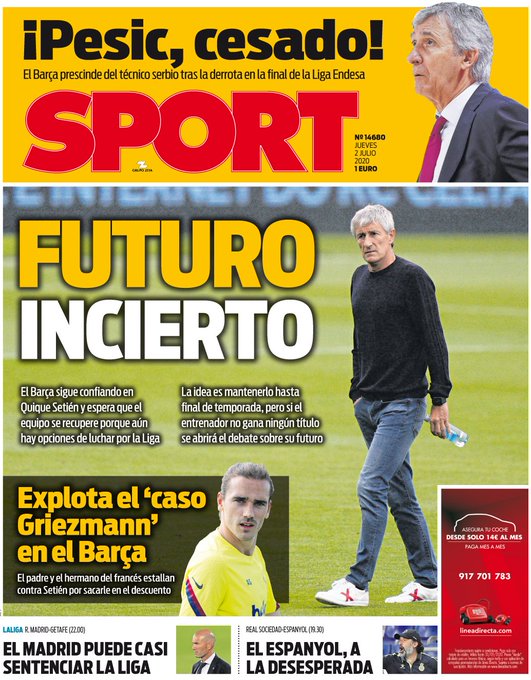 As of now, Barca’s board continue to trust Quique Setién and hope that the team recovers because there are still options to fight for the League title. The idea is to keep him until the end of the season, but if the coach does not win any title, the debate on his future will open.

With regards to Griezmann, the father and brother of the Frenchman ‘exploded’ against Setién, through social networks, for sending him out in stoppage-time against Atlético Madrid. 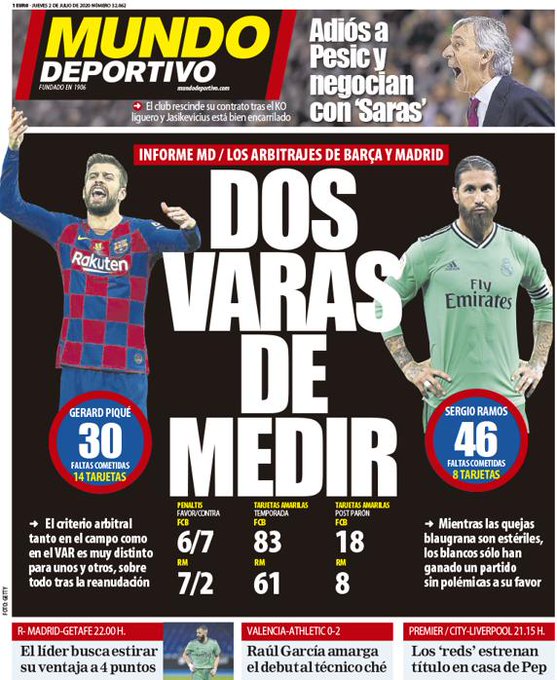 The refereeing criteria both on the field and in the VAR room are very different for Real Madrid and the rest of La Liga teams, especially after the restart. While the Blaugranas’ complaints are sterile, Los Blancos have only won one game without controversy in their favor.